All posts written by Olly Headey

Culture is an inherent part of every organisation. It lives and breathes. In our engineering organisation at FreeAgent there are now over 100 fabulous people. It is these people and the culture we have built that are consistently recognised as our two most important strengths. They're also what we fear losing the most. There is a natural cycle of cultural onboarding for new people joining our organisation. In their first… Continue reading

Moving 100,000 customers from co-lo data centres to the cloud. With zero downtime.

Running a SaaS app in AWS in 2020 is, in itself, not a particularly remarkable thing. Migrating a complex Rails app that is used daily by over 100,000 customers to an entirely different infrastructure, introducing a new underlying architecture, and doing so without customer downtime, really is something special.  In this article we take a look behind the curtain to see how we achieved this recently at FreeAgent. It's almost… Continue reading 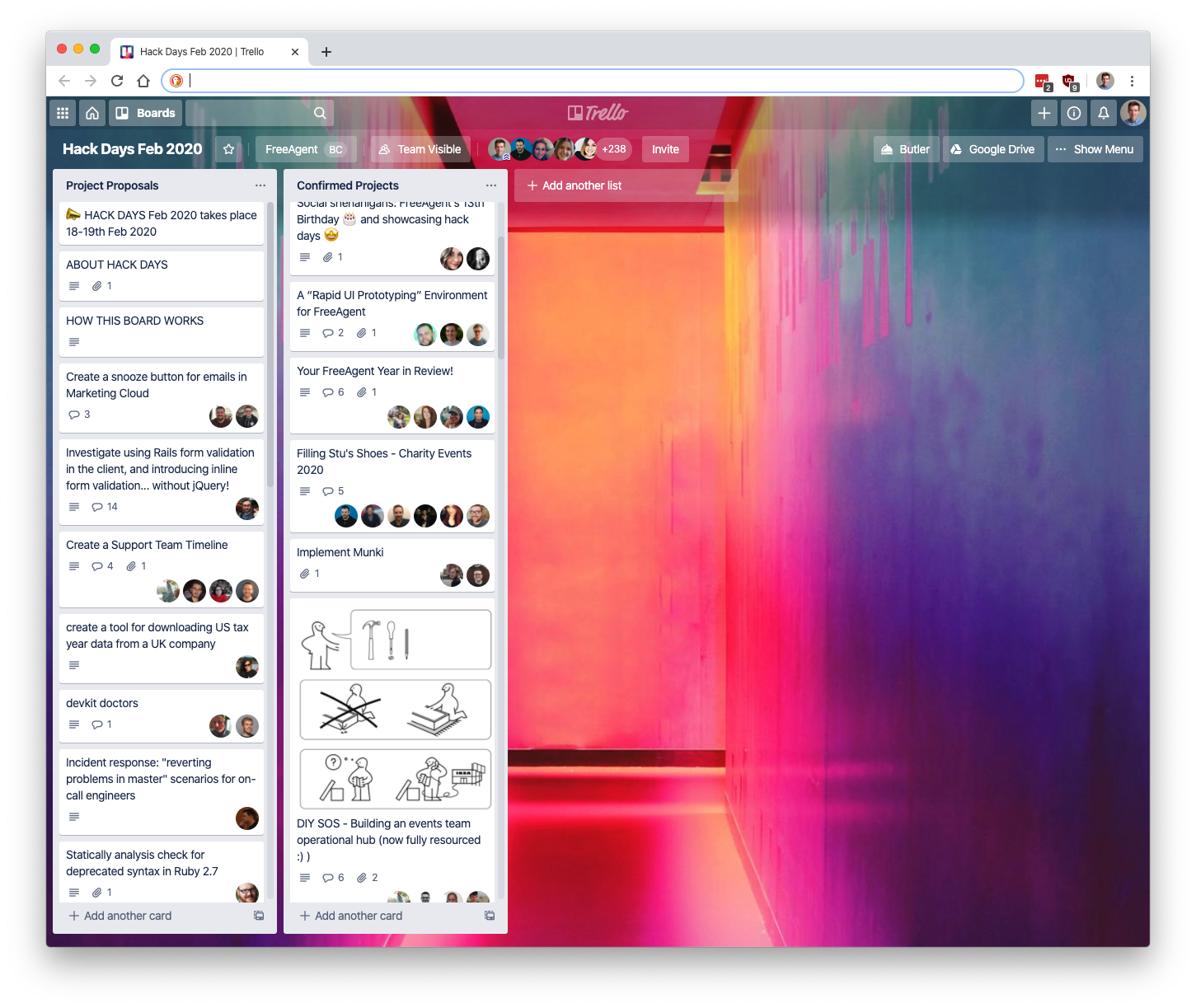 Tooled Up. A brief history of SaaS tools we’ve loved (and lost)

➼ Read other posts about tools

Head In The Clouds

Seven years ago we started planning our first major infrastructure migration. Nine months later we made the move, taking FreeAgent from our first home in Rackspace London to a new, co-located home in two data centres (DCs) run by The Bunker. FreeAgent has been happily humming along in Ash and Greenham Common ever since. Co-locating has been a terrific win for us over the years, providing us with a cost-effective,… Continue reading

➼ Read other posts about AWS or cloud or hosting or infrastructure

The Product and Engineering organisation at FreeAgent is now a broad group of over 90 engineers (of various flavours), designers, data scientists, product managers, UX specialists, business analysts, managers and testers. And we're still growing apace! We thought it would be fun to interview some of the team to share a bit of their career history and to provide our readers with some behind-the-scenes insight into what goes on day… Continue reading

➼ Read other posts about freeagent or team or the band

Running a high-availability SaaS infrastructure without breaking the bank

The cloud is commoditising web application hosting but at FreeAgent we continue to build and manage our own infrastructure, using hand-picked servers, switches and elbow grease. Why we do this is a question I commonly get asked. In this article I'll share our hosting history, how it has evolved over the last ten years, and how we now operate a high-availability SaaS infrastructure on our own hardware without breaking the… Continue reading

➼ Read other posts about cloud or hosting or infrastructure

There wasn't supposed to be anything particularly unusual about today. It started out as a typically drizzly Edinburgh summer morning, grey clouds hanging low above the castle, with just a hopeful glimpse of blue in the distance offering the prospect of a little respite later in the day. It wasn't until I arrived at my desk and checked our Slack channels that I first heard the shocking news of the… Continue reading

➼ Read other posts about ruby

Here at FreeAgent Towers we've always been proud of the fact that Scotland held the UK's largest Ruby conference every year since 2008 (back when it was called Scotland on Rails). The SRC organisers have hung up their conference boots for 2015 but fortunately there are other regional Ruby conferences getting off the ground. One of these is Brighton Ruby. A couple of FreeAgents were at the inaugural Brighton Ruby… Continue reading

➼ Read other posts about conferences

We've been running Hack Days at FreeAgent for a few years now. Twice a year everyone in the company takes a two-day break from their normal work, small project teams are formed and magic happens. Yesterday afternoon, after two days of hard work, the team got together and watched 21 (!) demos. That's far too many to write about in detail, so here are a few highlights. Let us know… Continue reading

➼ Read other posts about hack-days

Upgrading to Ruby 2.1 (and other fun with YAML and complex regexes)

When we first launched FreeAgent, it ran on Ruby 1.8.6 MRI (and Rails 1.2!). We graduated to 1.8.7 REE when that became popular, then in the summer of 2011 we upgraded to Ruby 1.9.3. We've been running on that version (1.9.3-p194 to be specific) ever since. It has served us well, but performance is not one of Ruby 1.9.3's strong points and we've seen our application server response time gradually… Continue reading

➼ Read other posts about ruby